Yam Concepcion on non-showbiz boyfriend: ‘Siya yung mas may effort to show me that he loves me’ 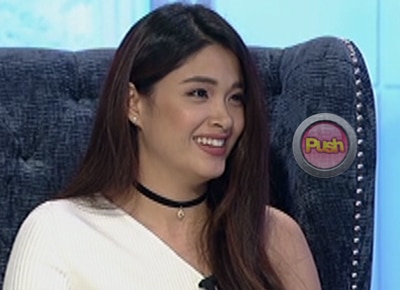 On Tonight with Boy Abunda, Jason Abalos and Yam Concepcion shared how they make their respective love lives work.

Yam whose boyfriend Miguel Cu-Unjieng is not from showbiz said, “I think it doesn't really matter (that he’s not from the biz), it depends on the person. He’s the one who makes me feel so secure e. Tito Boy selosa pa naman ako, e LDR kami so malayo. He’s based in Boston mahirap yun e.”

Yam added, “kaya nagwo-work out, it’s because he’s so patient. Siya yung mas may effort to show me that he loves me.”

Yam also detailed how their relationship progressed from dating to being sweethearts. “We were dating for almost four years and then he went to the States to study, to take his masters and went back to the Philippines and asked me to be his girlfriend and then we became official since then.”

Yam said Miguel is the kind of boyfriend who assures her every day of his love because admittedly Yam goes “crazy” because they’re far from each other and she is “selosa.”