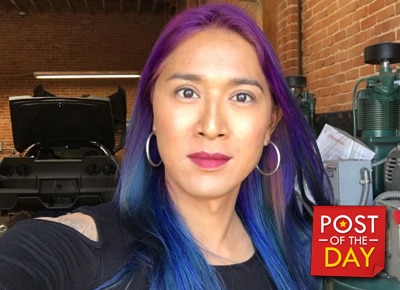 Car enthusiast Angelina Mead King and her wife Joey Mead King flew to Las Vegas, Nevada for the 2016 SEMA show. During the car show, Angelina happily shared her photo with Caitlyn Jenner. They even had a peakfast with the reality TV star.