Sunshine Cruz opens up about relationship with Macky Mathay

The actress shares that she and Ara Mina’s brother first communicated on Instagram. 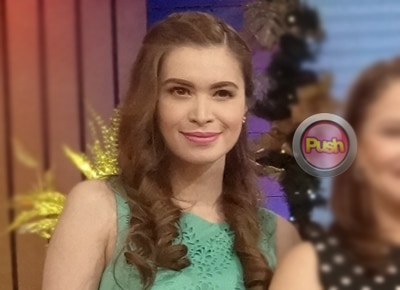 Actress Sunshine Cruz shared during her guest appearance on the morning show Magandang Buhay how she met her new boyfriend Macky Mathay.

“Once in a while, I would open my direct message on Instagram kasi may mga online shops na gustong magpadala ng products so, hindi ko naman siya fina-follow so lumalabas siya ‘dun sa idedecline or i-aaccept as friend. So sabi sa kanya (Ara), sis, may kapatid ka bang ganito? ‘Oo, bakit?’ ‘Nagmessage sa’kin oh,’ she narrated how Macky approached her, recalling how Ara reacted when she found out about it.

Sunshine then decided to message him back. She was able to confirm that it was really Ara’s brother when Ara messaged Macky to ask if he’s messaging Sunshine.

Via a live phone call, Sunshine got to talk to Macky, who admitted he had a crush on the actress for the longest time.

Sunshine, for her part, thanked him for all that he has done for her. “I’m just so grateful and happy na sinagot ko ‘yung message mo sa’kin kaya ngayon, masaya si Sunshine,” she said.