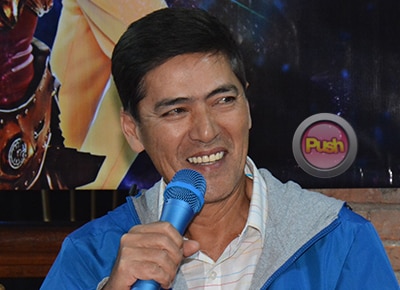 Vic Sotto is on Regal Matriarch Lily Monteverde’s side regarding her recent controversial statements about the Metro Manila Film Festival.

Bossing reiterated that it all boils down to respect.

The Greatest Love star Mercedes Cabral recently made headlines for her feisty comments which seemed to be in reaction to Mother Lily’s statement.

Apart from that, Bossing also took the time to react on the ongoing “division” between the independent and mainstream movies.

Prior to their November 30 playdate, rumors that Enteng 10 will be hitting the big screen on December 7 also made rounds.

Bossing clarified, “‘Yung mga pinagisipan namin, mga options naming December 7. But, after meeting with the theater owners, we decided on the November 30 playdate.”

In the end, the seasoned star happily shared that they are set to premiere in 200 cinemas nationwide.

Catch Enteng 10 and the Abangers on November 30 in cinemas nationwide.