Sandara Park to 2NE1 fans: ‘I’m sorry and thank you from the bottom of my heart’

The K-pop star leaves a note to fans regarding 2NE1’s disbandment. 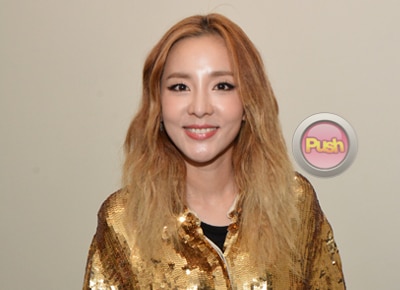 “I’m sorry and thank you, Blackjacks from the bottom of my heart.”

In a letter posted on the Manila Korean Times’s Facebook page, Sandara used the lyrics of some of 2NE1’s songs to send her message across.

“It hurts… MTBD… Please don’t go. I’m so lonely. We gotta stay together. Baby I miss you. I don’t care what other people say. I wanna scream to the whole world that I love you,” she quoted, adding that she is “Still falling in love with Blackjacks.”

“Don’t cry. Can’t nobody hold us down so don’t stop the music.”

Saying that she will be missing them, Sandara said that she hopes their fans are happy.

She also said, “It ain’t over ‘till it’s over and it’s always gotta be you.”

On November 24, 2NE1’s agency YG Entertainment announced the disbandment of the seven-year girl group who popularized the songs Fire and I Don’t Care.