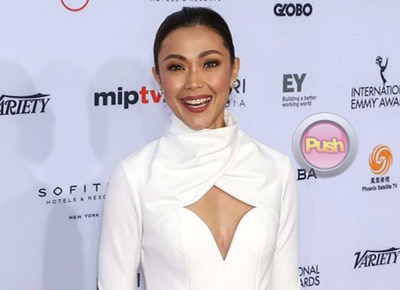 Jodi Sta. Maria, who has been nominated at the 44th Annual International Emmy Awards for her portrayal of Amor Powers in the remake of Pangako Sa’yo, failed to win the Best Actress award. Germany’s Christiane Paul  won the coveted trophy for her role in Unterm Radar.

Before leaving New York, Jodi expressed that she’s very happy with her nomination and would be okay whatever the outcome of the awards ceremony would be.

Jodi, nevertheless impressed at the red carpet, wearing a white ensemble by Mark Bumgarner which she said was a homage to her Pangako Sa ‘Yo character Amor Powers.