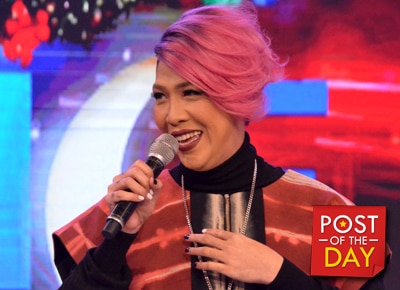 After his movie "The Super Parental Guardians" did not make it to the Metro Manila Film Festival's magic 8 this year, Vice Ganda has yet to give a full reaction over it.

Today on Twitter, the comedian however hinted of wanting to continue his tradition of giving a Christmas present to movie goers yearly.