How does Darren Espanto feel about having many love team partners? 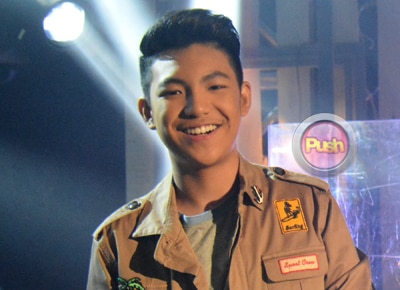 D Total Performer Darren Espanto could very well be one of the teen stars with the most love teams.

Over the weekend, two of the ladies being paired with him—namely Darren’s best friend Andrea Brillantes and his friend Kyline Alcantara—along with AC Bonifacio and Brace Arquiza, all made sure to show their support for his The Other Side of Darren digital concert.

According to Darren, he actually appreciates whatever efforts his fans are doing, especially when it comes to pairing him with other teen stars.

Two years into the business and Darren already counts being part of four love teams. There’s AndRen (with Andrea), KyDrea (with Kyline), CassRen (with Cassy Legaspi) and DarLona (with Ylona Garcia).

Darren said he balances everything out by making sure that he’s friends with all four ladies.

But how does he handle the fans especially since they have the tendency to get “jealous”?

Despite the pision among his fans, Darren is certain that his friendships with all four ladies are intact.

“Parang hindi naman siyempre it’s not work related naman, ‘yung friendship namin. So parang di naman,” he said on whether or not his friendships are affected by the sometimes-warring fandoms.