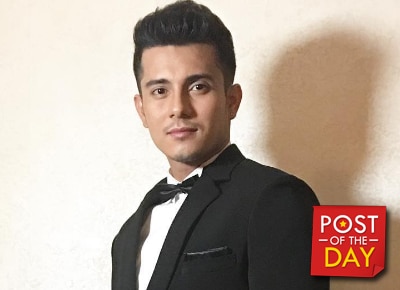 Ejay Falcon’s Instagram followers got curious when he started posting his photos with actress Jana Roxas. The two were also spotted together in Japan.

Jana tried her luck in showbiz when she joined GMA’s StarStruck Batch 3. Her batch mates were Iwa Moto, Jackie Rice and the late Marky Cielo. In 2009, she admitted that she only had two boyfriends – Bugz Daigo, who also joined StarStruck and Alfred Vargas. In 2010, she admitted in an interview in Showbiz Central that she’s pregnant and the father of her baby is her non-showbiz businessman boyfriend.

Ejay on the other hand was the big winner during the Pinoy Big Brother: Teen Edition Plus in 2008. He was linked to fellow housemate Valerie Weigmann but the two ended up being friends. Ejay also had a short-lived romance with actress Yam Concepcion. During one of his notable appearances on TV, Ejay was soon linked to his Pasion De Amor leading lady Ellen Adarna but the rumored romance between the two soon fizzled out.
Celebrity