Enchong Dee says he is currently single and not looking for love at the moment. 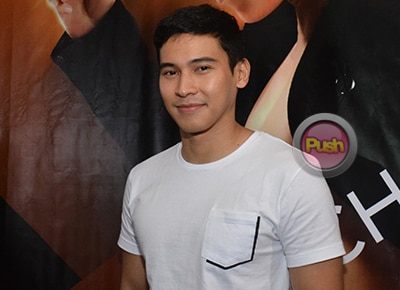 The singer-actor shared how hands-on he was with preparing his album. Maja Salvador, who is Enchong’s good friend, also appeared in his music video “Hanggang Dito Na Lang". Shaina Magdayao will also appear in his “Oo Gusto Kita” music video while Liza Soberano will join him in his “Sa Huli" video (the scenes were taken in Toronto and Vancouver). Enchong is still trying to get Kathryn Bernardo for his “Crush” music video.

Aside from his album, Enchong is also part of the cast of the upcoming TV series A Love To Last starring Bea Alonzo and Ian Veneracion. During an interview at his press conference, he mentioned that he considers Bea as his “lucky charm.”

“I always think that my lucky charm is Bea, kasi sa lahat ng pinagsamahan namin ni Bea it worked out so well from Four Sisters And A Wedding, Magkaribal, so yung pagsasamahan namin ngayon, come back with my 10th year anniversary and with my lucky charm,” he said.

He was also asked if there’s someone who inspires him right now but he said he is currently single.