Sylvia Sanchez is ‘hands-off’ when it comes to son Arjo Atayde’s love life. 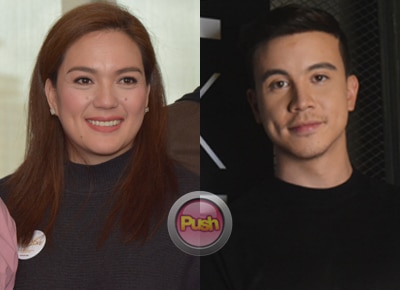 Despite talking about it in public recently, Sylvia Sanchez remained mum about her son Arjo Atayde’s blooming romance with GirlTrends member Sammie Rimando.

According to The Greatest Love star, she only has one reminder for her eldest son.

Sylvia pointed out that her reminder is something very practical which is due to the fact that she’s a mother.

As of the moment, Sylvia is very well aware that her son still has a long way to go in terms of becoming a family man.

But Sylvia made it very clear that she’s not against the fact that her son is seeing someone.

Although she was mum about Arjo’s apple of the eye, Sylvia confirmed that she did meet her. But she did confirm that she is “maganda.”

In a separate interview, Arjo made it very clear that he and Sammie are still in the getting to know stage.

But how is the FPJ’s Ang Probinsyano star like when he falls in love according to Syliva?