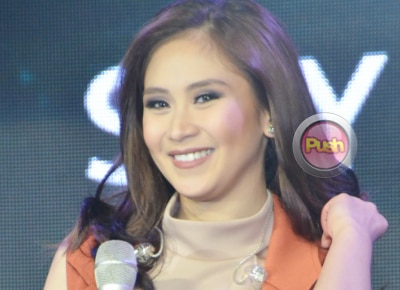 Despite being noncommittal during earlier interviews about her attendance, Matteo Guidicelli’s girlfriend Sarah Geronimo arrived on November 18 in Cebu to watch his concert.

In a photo posted by a fan, the Pop Star Princess was seen at the Mactan Cebu International Airport early Friday morning.

Sarah took the first flight to Cebu to watch Matteo’s 10th anniversary concert in his hometown touted as #MatteoMadeinCebu happening at the WaterFront Hotel and Casino in Lahug.

Matteo’s best friend Ivan Carapiet also posted a photo of them on his Instagram stories before they left Manila.


It may be recalled that Sarah just came back from Japan after a successful show and after bagging the Best Asian Performer award at the Classic Rock Awards.

Meanwhile, Sarah, for her part, is set to stage a show titled The Great Unknown Unplugged at the KIA Theater on November 29.
Celebrity