Sarah Geronimo all set for “The Great Unknown”

The Popstar Royalty says she’d like to focus more on her music. 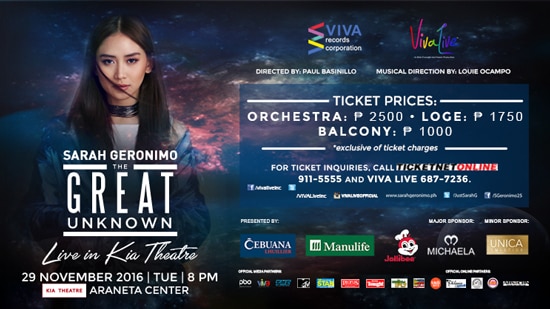 Sarah has just won Female Concert Performer of the Year in the recently concluded Star Award for M-TV for her two-night all-original song concert From The Top that was held in Araneta last December. She was also one of the nominees in the 2016 MTV Europe Music Awards - Best Southeast Asia Act category alongside Vietnam's Dong Nhi, Singapore's Gentle Bones, Indonesia's Raisa Andriana, Thailand's Thaitanium, and Yuna's Malaysia. And while she’s planning for her major concert, her music is her main concentration.