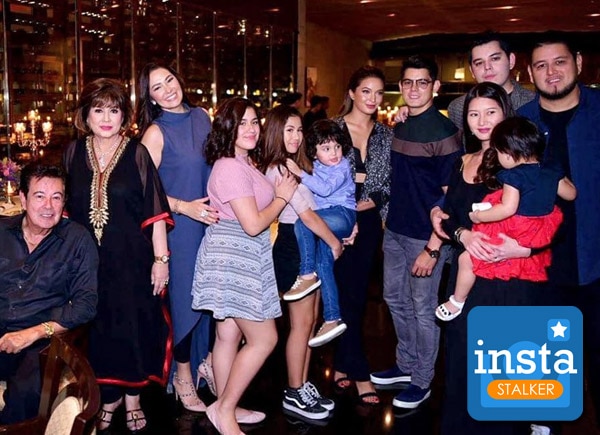 The matriarch of the Gutierrez showbiz clan, Annabelle Rama took to her Instagram account to say how much she enjoyed her birthday celebration last Sunday, November 14.

According to her posts, she celebrated at Impressions, a French restaurant at the Resorts World Manila.

My birthday dinner at impressions at resorts world

Me with my birthday cake at impressions resorts world

She also mentioned her “special guest,” Zion, her grandchild from her son Richard Gutierrez and actress Sarah Lahbati.

With my special guest Zion at my birthday dinner...

In one of her posts, the talent manager and book author described her party as her “best birthday party ever.” She also thanked her guests for coming to celebrate with her.