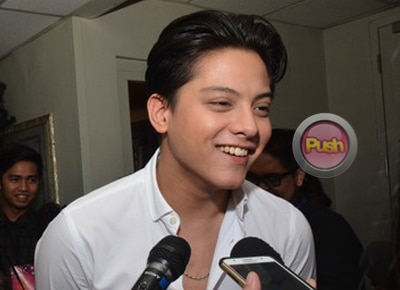 Contrary to rumors that they are going to part ways as an onscreen love team, Daniel Padilla revealed that he and Kathryn Bernardo are set to star in a movie and soap next year.

After taking on a different and more mature role on their latest movie Barcelona: A Love Untold, Daniel was asked if they would be going further than what they did on the said film with their upcoming acting projects.

But he assured that the movie is going to have a lot of heart.

Aside from that, Daniel is also set to stage another concert early next year since ?One year na nung huli akong nag-concert.”

The said concert is set to be Daniel?s fourth since staging his first last 2013.

Meanwhile, Daniel is very happy to be part of an all-star basketball event this coming November 27 at the SM Mall of Asia Arena.