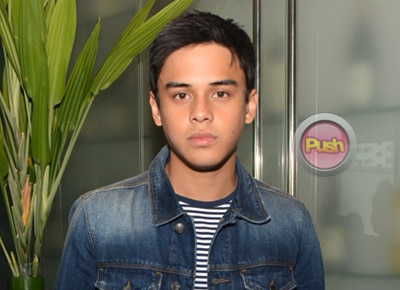 As part of the 2016 C1 Originals Festival entry titled 2 Cool 2 Be 4gotten by Petersen Vargas, young actor Khalil Ramos said that he feels honored to become part of the film festival with many talented actors.

“I’m actually honored right now to be part of a pool of such great actors like sina Sir Allen Dizon, JC de Vera, Joel Torre, and the like,” he said.

When asked if he is looking forward to having an acting award, Khalil said, “If mabigyan man ng award, it’s a big boost for my career. I’d be thankful for the judges and the whole festival. Pero, ‘yun. Sana. I’m hoping and praying. But, I’m just really here to have fun and to experience the whole festival and to support Filipino films.

Aside from 2 Cool 2 Be 4gotten, Khalil has done independent movies like Kid Kulafu (2015) and Honor Thy Father (2015), among others that he said has not been shown yet like Ang Kasunduan by Director Lawrence Fajardo and Riding in Tandem by Director Toto Natividad.