The Megastar says she hopes the project with her ex-husband will push through. 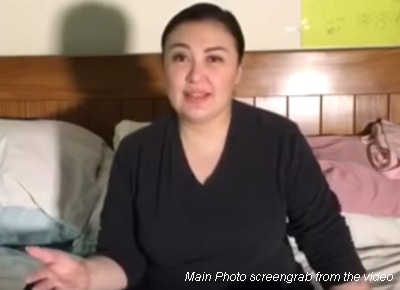 In a Question and Answer video published by Sharon Cuneta on her Youtube channel, she made her Sharonian fans happy when she answered their question “Is there a possibility to have a reunion movie with Gabby Concepcion?”

Gabby and Sharon’s love team were one of the most liked tandems during the 80s and their on screen partnership became true-to-life when they got married in 1984 and had a daughter, actress KC Concepcion. However, the marriage did not work out and the two eventually split.

She also said that if she’d make a movie again, she wanted it to be a ‘happy and real’ experience since making a movie usually lasts for 6 months to a year. Sharon also shared that she has not bonded with her former husband in a long time and she doesn’t know what changed about him through the years. Nevertheless, she’s also hoping that their film would push through.

She also revealed in the clip that her favorite leading man is Robin Padilla since there is no dull moment with the action star when they’re in the set.

Sharon also announced that she won’t be having a birthday concert because she will be busy this coming January, for she will prepare for a new TV show and also for her upcoming movie under Star Cinema.