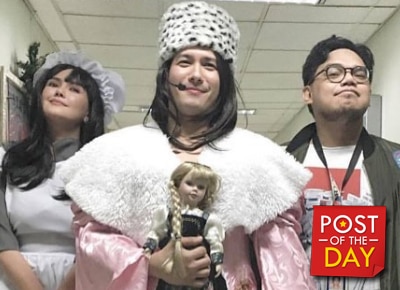 Comedienne Pokwang took to Instagram shared a photo of her and other Banana Sundae co-stars in costume. But what made it more special was John Prats dressed up as Princess Sarah, the character his sister Camille portrayed in the 1995 film “Sarah Ang Munting Prinsesa.”