Chito Miranda apologizes to a fan he elbowed at the mall 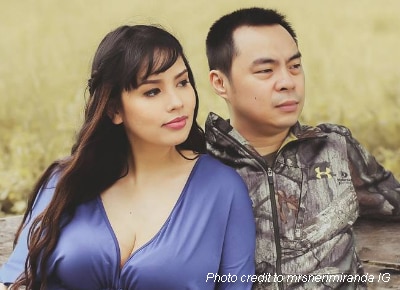 Parokya ni Edgar vocalist Chito Miranda took to Instagram to apologize to a fan he elbowed during their visit in a bookstore inside a mall. He explained that he was just trying to protect his pregnant wife, Neri Naig, from the crowd.

He later on explained to a netizen that they were mobbed at the mall and the man bumped Neri to take a photo with him. 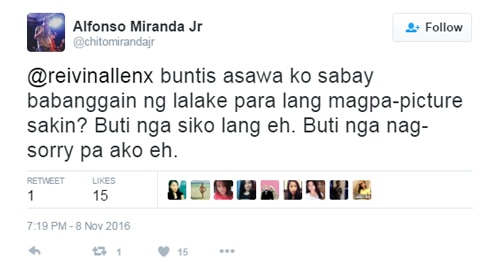 He also said that the man didn’t even apologize to his wife. Neri is about to give birth anytime this month.