The actor and now mayor of Ormoc Leyte is allegedly in the drug list submitted by deceased Abuera, Leyte mayor Rolando Espinosa. 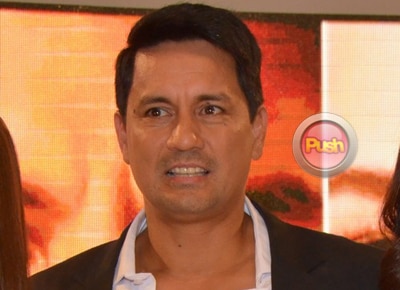 "That is ridiculous and outright laughable. I will not even dignify that with an answer. Huwag nila ako isama sa circusnila."

"Controversy is nothing new to me. As an actor in the world of show business for over 3 decades, I have had to deal with all sorts of controversy and sometimes-bad publicity, but this is the first time that my name has been dragged into an issue involving drugs. I initially did not want to dignify this with an answer but given that this is politically-motivated and very malicious, I am speaking up.

"I have been an anti-drug advocate all my life. I spearheaded a massive anti-drug campaign back in the 90's, way before it became a fad, before most everyone wanted to join the bandwagon. I am sorry to disappoint my political opponents but I have never been and I will never be involved in drugs and no one can pin me down on an accusation so baseless and ridiculous it is almost laughable. In fact, I ran on a very strong anti-drug platform, which the constituency resonated with, and which got me elected as Mayor of ORMOC City, a place so infected by drugs for many years. I also openly supported President Rodrigo Roa Duterte during the 2016 elections precisely because of his strong and serious stance on drugs. To fight drugs and bring change is the reason I ran, and because the people saw how serious I was about it is the reason I won. Do not drag me into this circus, I was never part of it. I will never be part of it. I urge the legislators to dig deeper into this. Someone is trying to muddle the issue.

"I have asked my lawyers to file a case against Major Jovie Espenido, a cop beholden to my political opponents, who has attempted many times to besmirch my name. It is unfortunate that he was assigned to Albuera, Leyte, giving him control over the late Mayor Ealinosa, whom i am sure he prevailed upon to impute my character and those of other equally innocent officials."