EXCLUSIVE: Yen Santos reveals why she had a hard time working with Piolo Pascual

Yen Santos and Piolo Pascual are shooting their first movie together titled ‘Once In A Lifetime.’ 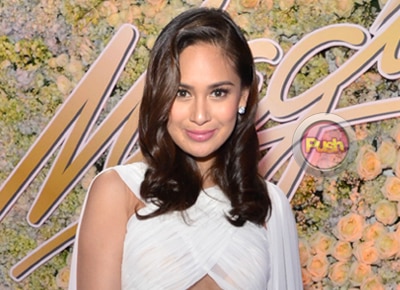 Rising leading lady Yen Santos revealed that she and leading man Piolo Pascual are halfway through with their upcoming film titled Once In A Lifetime.

Yen left for New Zealand with the Ultimate Heartthrob to shoot scenes for their first project together.

The 23-year-old star unabashedly confessed that she initially had a hard time working on the film, but for good reasons.

Yen however had yet to reveal a playdate for their film, which she says would tackle a beautiful love story.

Apart from the movie, Yen recently returned to TV as part of the sultry soap Magpahanggang Wakas together with Arci Muñoz and Jericho Rosales.

The All of Me actress considers her newest project a blessing especially since her character Clarissa “Issa” Ordoñez is notably different from the ones she did in the past.

Not only that, Yen is also very happy that she got the chance to work with premiere primetime leading man Echo for the first time.

Yen said that she immediately warmed up to Echo because of his light character.

Although there has yet to be any confirmation as to whether or not she would be interfering with Waldo (Echo’s character) and Aryann’s (played by Arci) romance, Yen just shrugged off being called a “third party” on the soap.

But what is certain though is that she appreciates the fact that she was included on the well-received soap.

Despite headlining a number of successful pre-primetime soaps in the past like All of Me and Pure Love, Yen still considers Magpahanggang Wakas as a “huge break.