Zanjoe Marudo, Angel Locsin, and Sam Milby are all ready for a random drug testing 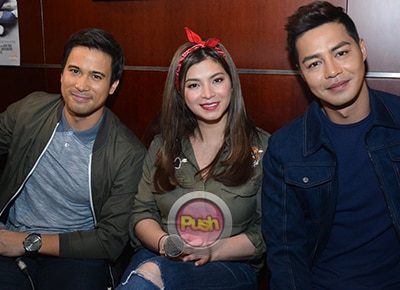 Angel Locsin, Zanjoe Marudo, and Sam Milby are all in favor of the ongoing anti-drug campaign of President Rodrigo Duterte.

According to them, they have no qualms about participating in random drug testing anytime.

"People look up to artistas, they want to use artistas as an example. But yeah, if they want to do a drug test on me, I'm not scared at all. Anytime," said Sam during their upcoming movie The Third Party’s recently-concluded blogger’s conference.

While she is for the ongoing campaign, Angel pointed out that the treatment must be done fairly and without zeroing in on the celebrities.

Zanjoe, meanwhile, warned that there might be another side to this campaign that is being abused by certain quarters.