Angelica and Dingdong previously worked together on “One More Try” and “Segunda Mano.” 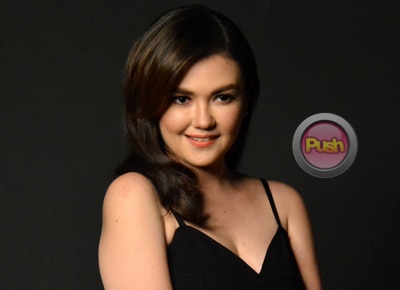 Angelica Panganiban is very happy that she got the chance to work again with with Dingdong Dantes on their upcoming film The Unmarried Wife.

Apart from Dingdong, Angelica will also be working with Paulo Avelino on the Maryo De Los Reyes film that is set to hit theaters on November 16.

The actress revealed that Dingdong displayed a whole different level of acting on their upcoming film.

The Banana Sundae actress had a potential reason in mind behind the depth in his acting.

While the actress lauded Dingdong’s performance, their director, meanwhile, couldn’t help but gush about Angelica.

Direk Maryo pointed out that it’s high time that we give way to other and newer stars.

“We need space in the industry to move everybody kasi andami na ring mga bata na gustong pumasok. So we have to push," he said.

The director explained that The Unmarried Wife follows the story of a woman who is hoping to start anew after a failed marriage. But what makes his film “important” is the fact that it tackles “porce, adultery, and other similar taboo topics.”