The actress says there is nothing wrong with it and she was at the Star Magic Ball to have fun. 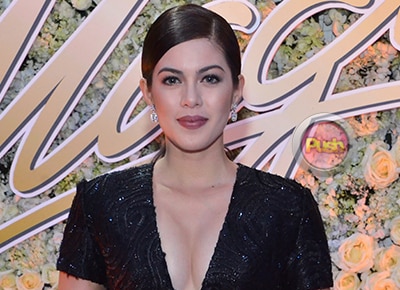 Shaina Magdayao finally broke her silence after her dancing video with Piolo Pascual at the 10th Star Magic Ball became viral online. Piolo uploaded a short clip of him dancing sexily with the actress which he soon deleted on Instagram.

“You all saw the coverage of the ball. Everyone had fun. And I think 'yun naman ang reason why we had the ball, so that we could all have fun. Sa sobrang busy namin lahat, it's so nice to see our bosses and co-artists namin. It's so nice to see everyone, once a year lang siya nangyayari,” she told PEP.ph.

The actress also stressed that she was there to enjoy not only with the company of Piolo but other celebrities too.

“I had fun with everyone. Not guys lang ha. I had fun with all my friends in the business. Napakadami naman ng kasama ko that night,” she said.

Shaina was first romantically linked with Piolo in 2012. As of now both of them are single.

The actress shared she doesn’t have time to date anybody just yet.

“After siguro ng [Cinema One entry] ko na “Lily” and after ng soap. Wala pa rin [time]. Time will come. I will tell you,” she said.