The son of Manila Mayor Joseph Estrada says he has known he is Ellie’s father since a year ago. 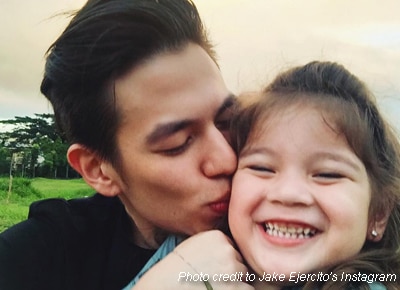 Jake Ejercito has finally broken his silence on the issue of him being the father of Andi Eigenmann’s daughter.

The showbiz new comer said he knows he is Ellie’s father.

“Yeah [Ellie is my daughter]. Never ko namang idinenay e,” he said in an interview with PEP.ph.

According to Jake, he already found out through a DNA test a year ago that he was Ellie’s dad.

“I was really surprised. But I’m happy and I have no regrets,” he said.

He also explained why he opted to keep mum about the issue.