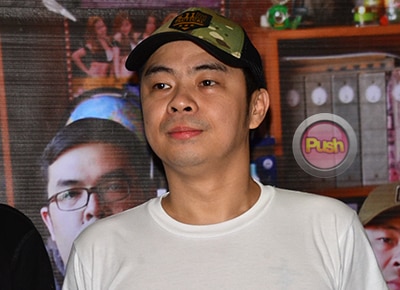 Containing 21 tracks, front man Chito Miranda shared that it took them a few years to release a new album again as they were busy performing gigs. Nonetheless, he said they never stopped recording that their carrier single “Lagi Mong Tatandaan” was recorded five years ago, after the release of their last studio album.

Meanwhile, Chito, who is now a family man, said that fatherhood is definitely a big inspiration for him as a songwriter. He said, “I’m really excited about being a dad… This November.” Although he said that he has not written a song yet about taking care of a child or about having a pregnant wife, he, nonetheless, shared that he wrote some songs in this album for his wife, actress Neri Naig.

One of them was titled “Wala Lang ‘Yun” which tells about his old womanizing ways. “’Yun ‘yung time na… ‘nung gago pa ko, ‘nung malandi pa ako with other girls so that song was an excuse na wala lang ‘yun. ‘Wag kang ma-bother with the chicks I flirt with, parang gano’n. To be clear lang, that was bago ako magbago.” Neri has previously opened up about this in her blog last September.

Another song was “Friendzone Mo Mukha Mo.” “It’s a song inspired by her when we first met. Hindi ako papayag na friends lang tayo kasi may gusto ako sa kanya so I wrote about that experience,” he said.

The couple usually trends on social media for their sweet stories about one another. According to Chito, he keeps on posting loving messages for Neri online as, “I think panliligaw ‘yun, eh. Kasi, when we talk naman on our own, we’re very sweet also pero iba kasi ‘pag pinagsisigawan mo sa public. Ibig sabihin, kino-close mo ‘yung doors mo to all other girls because pinagyayabang mo na ito ‘yung asawa mo.”