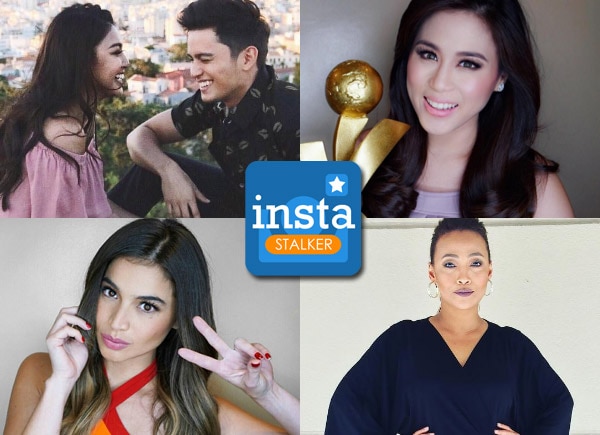 With the 10th Star Magic Ball just around the corner, we cannot help but wish that some non-Star Magic celebrities would also attend the annual formal gathering. Push lists down some stars we would love to see grace the red carpet.

1. James Reid and Nadine Lustre
We begin with ‘Till I Met You stars, real-life couple James Reid and Nadine Lustre. If ever, this would be the first time for James and Nadine, who are contract artists of Viva Artists Agency, to attend the Star Magic Ball as a couple.
2. Vice Ganda
It would be nice to see a grand ‘unkabogable’ red carpet moment from the one and only Vice Ganda. We imagine the It’s Showtime host making heads turn and livening up the night.

Collectively addressed as ‘AshMatt,’ Sarah and Matteo are one of the real-life couples that people wish to see at the Star Magic Ball. Both Matt and Sarah did not go to the event last year as they were in Cebu to mourn the passing of Matt’s grandfather.

We hope this real-life couple will attend the Ball. Having gone on a maternity leave to give birth to their first son Severiano Elliot last September 30, we miss seeing Toni around.

Lately, we have been seeing a lot of OPM singer-songwriter Ogie Alcasid at the Kapamilya network. While it is not yet confirmed if he is officially moving to ABS-CBN, it would be a pleasure to see him attend the Ball with his wife, singer Regine Velasquez.

‘Megastar’ Sharon Cuneta will definitely complete the star-studded affair if she attends the Star Magic Ball for the first time. We can just imagine her walking the red carpet with her husband, Senator Kiko Pangilinan and daughter, actress KC Concepcion.

As The Third Party star Angel Locsin was not able to attend last year’s Star Magic Ball, we certainly hope she would be present at the Ball’s 10th year.

Although she is part of Viva Artists Agency, It’s Showtime host and actress Anne Curtis has attended several Star Magic Ball in the past.

Although husband and wife Jason and Melai were partners during last year’s Ball, this would be different this time. Aside from the fact that the couple survived a marital challenge early this year, Melai is now pregnant with their second child. It would be nice to see a stronger and a more romantic MelaSon on the red carpet.

Having transferred to ABS-CBN early this year, Jaya’s attendance to the Ball, if ever, will be the first.