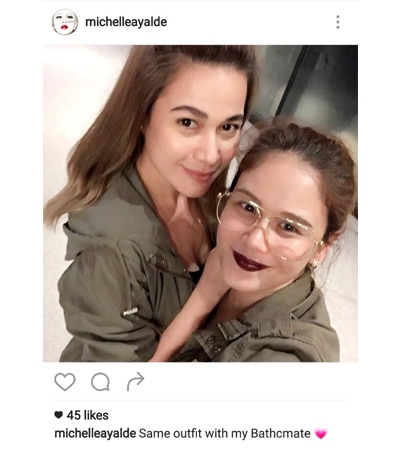 After years of not seeing each other, Michelle Ayalde was finally able to meet with her Star Magic batchmate Bea Alonzo anew.The former Star Magic artist happily shared the special moment of bumping into her co-Star Magic 10 batchmate on her Instagram account, early Thursday morning.

Michelle and her friend Patt Lopez did not only meet Bea, but also her rumored beau Gerald Anderson, who were both spotted at a mall in Taguig seeing a movie.This isn’t the first time Gerald and Bea were spotted out in public. In Bea’s previous interviews, she admitted that she’s going out with Gerald. She even pointed out that there’s no issue about that since both of them are single.

Bea’s last relationship was with Zanjoe Marudo while Gerald was with Maja Salvador. 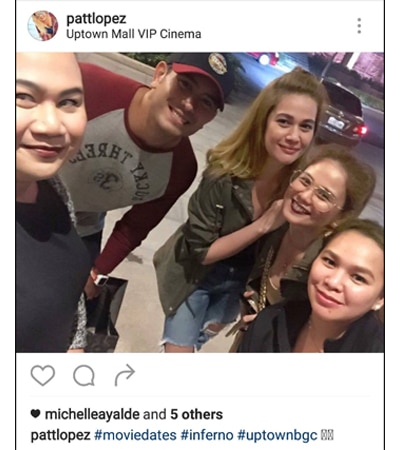 Michelle, meanwhile, left local showbiz a couple of years ago and then started making a name for herself in Malaysia. She recently released her international album HiPNOTIC in the country.