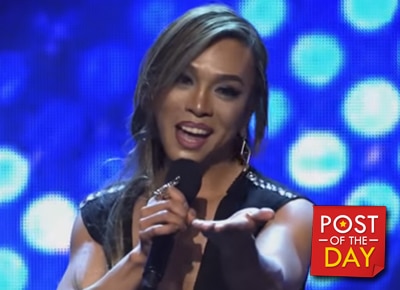 Andrew Mark Baris wowed not only the audience but also the three judges of X Factor Australia in his audition piece.

“Hands down the best opening to any audition I’ve ever seen,” described Guy.

“I expected a drag show where there was no vocal ability, but that was like…” Iggy said leaving her speechless with his performance.

The three of them agreed to put him to the next round.