Ryan Agoncillo says that their children have discipline in using gadgets. 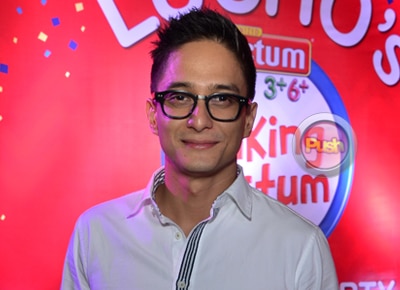 According to host Ryan Agoncillo, he does not allow his children to engage in social media. He and wife Judy Ann Santos, who just gave birth to their third child Luna, have two other kids, Yohan who is 11 years old and Lucho who just turned six.

Given the evolving landscape concerning technology and the youth, Ryan acknowledged that although they cannot keep their children from getting exposed to the internet, he does not want them to engage yet in social media.

“I think it’s inevitable that they are exposed to social media but to engage is something else. It’s something that even me as a 37 years old, am wrestling with it. I don’t think it’s healthy for someone their age to actually engage in it,” he said, adding that he is not encouraging them yet to do so.

However, Ryan admitted that Yohan would sometimes ask him about something she heard he posted online. “She’d come up to me sometimes and say, ‘Dad, my friend said you posted something, a note that I wrote.’ So, inevitable, they will be exposed but if you’re asking me if they have social media accounts, no.”

While Ryan said that their kids are into gadgets, he said they have discipline in using them.

Considering this digital world, Ryan said, “They’re digital natives, there’s nothing we could do. But… One of the basic rules for Yohan and Lucho when they went to school is that Sunday afternoon to Friday afternoon, they can’t do the iPad thing, they can’t go on the laptops, they can’t touch their video gaming consoles. They can research though on their iPad or they can do that on the laptop but if only if it’s school and we’re always covering. But, Friday comes after their tutor, they can play na.”

Nonetheless, their children are allowed to play outside, ride their bicycles or play musical instruments on weekdays. “Pero, ang bawal, ‘yan television or the gadgets.”

When asked until what age they will impose this rule on the kids, Ryan said that their children are already disciplining themselves. “There will come a point that we don’t even have to impose rules anymore, they’ll do it on their own, I think,” Ryan said.