Cesar Montano encourages other celebrities that are involved in drugs to just surrender. 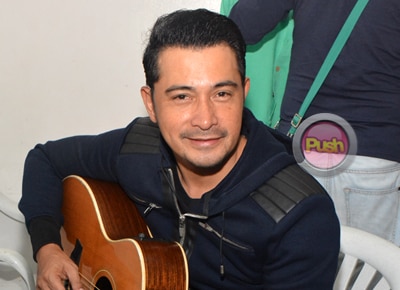 Cesar Montano believes that the recent arrests involving celebrities are only the beginning of a longer list.

Krista was formerly linked to Cesar and was said to be the third party that caused the split of the action star with his former wife Sunshine Cruz.

Cesar for his part in an exclusive interview with Push.com.ph said, “I cannot comment on that. Ganon talaga eh, marami pa ‘yan.”

He encouraged the other celebrities to just surrender in light of the growing drug campaign.

The actor-director pointed out that shame should be the last thing that they should think about.

Since he claimed to have voted for the president, Cesar said he would abide by the rules that would be established by his governance. Several quarters are pushing for the continuous random drug testing in showbiz industry.

“I will abide kung ano ‘yan. I will respect it kasi pinili ko na siya tsaka nakakakapit ako sa tiwala ko sakanya because I believe in him and his vision and leadership,” he said.

What does he think of the supposed celebrity drug list?