Sheryn Regis claims that she’s nothing but a fan. 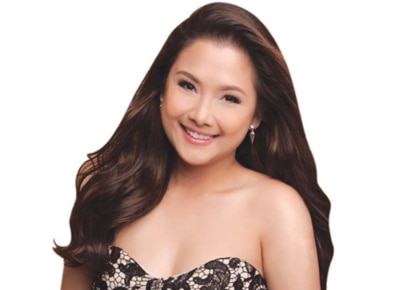 Echoing what she said last year, the Crystal Voice of Asia Sheryn Regis maintained that she had no relationship with her fan Emy Madrigal.
In a recent interview with Sheryn for the series of shows that she’s doing in various Casino Filipino branches this September, she stressed that the businesswoman was just a friend.
“Opo, she’s a friend. I know her… she’s one of the fans. Ganun,” she said.
According to Sheryn, she and Emy met through a mutual acquaintance. "Siyempre, introduced by a friend to a common friend, and then, ‘yun.”
When prodded further the “Come In Out of the Rain” singer said, “I don’t want to talk about it now.”
For Sheryn, her denial last year which came right on the heels of Emy’s public interview was more than enough.
“Actually, wala naman akong dapat linawin kasi, as far as I can remember, I had already issued a statement. I think that was final," she said.
However, in response to the former Star In a Million contestant’s claims, Emy, in a statement sent to PEP, dared the star to allow her to release “evidence” about who they really were to each other.
"You must answer directly to the press regarding this issue since YOU called the press conference! I was a friend and a fan of yours? That’s all?  …or more than a fan? I challenge you, Sheryn Regis, to dare me to release evidence if I'm really only a friend or fan, or if I was something more!
"Then we can let the public decide who is telling the truth. You know well that if I release evidence, your reputation will be ruined, not because you are a lesbian, but because you are a liar! You’re reluctant to discuss this because everything you said is and was a complete fabrication intended to deceive.
"I’m uncertain if you can grasp reality and truth! It’s likely that you’re beginning to believe your own web of lies. Your living within your own kaleidoscope of lies may be the proximal cause of your trying to commit suicide, in addition to losing face with your husband’s family.
"It’s good that you admitted to your husband’s family the truth, that you're a lesbian and had an affair with me and your husband’s female relatives! I’ve deemed it necessary to release this statement in response to the issue of our relationship as set forth in the press conference. I’m a person of character and integrity, I believe in honesty, even if the truth is difficult to embrace. I find peace in the truth.
"In society, many present a façade that is in conflict with one’s true self. I embrace my genuine self, even if others do not. The final reality is that God accepts us all, He accepts our genuine self because it is what God sees. Sheryn Regis, you can deceive your friends, you can cloak your true self from fans, but God is not fooled!”
Celebrity