Director Joey Reyes says that he wants to make a teen movie with Nash Aguas and Liza Soberano. 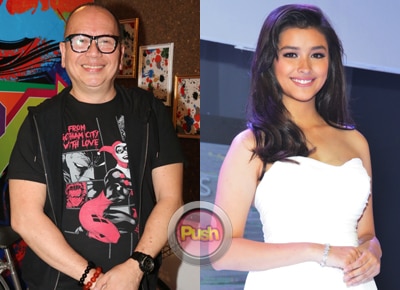 Twenty years after his movie Pare Ko hit the silver screen, director Joey Reyes said that he is thrilled to have the film restored and shown in the movie theater once again. At the special screening of the restored version of Pare Ko, the director expressed his gratitude to the Kapamilya network for its effort to remaster the movie.
“Effort such as this by ABS-CBN should be well appreciated. This is really surreal because I still have very clear and vivid memories of the first time that this was premiered so I still remember that I was sitting beside Jomari (Yllana) and the cast. I believe it was in Megamall and all of the sudden twenty years later parang they are re-premiering it in a restored version and I just realized that twenty years have passed and I didn’t even notice it was that long so I am really thrilled,” he said.
For those who will get to watch the movie for the first time, he said that it will showcase the lives of the youth during the ‘90s. “Kung papanoorin niyo ito parang sumilip ka sa isang artifact. Kung ano ang kabataan twenty years ago para sa mga kabataan ngayon o ito ang hitsura ng inyong mga magulang twenty years ago nong nasa edad niyo kayo,” he said.
Direk Joey hopes to helm a modern version of a teen movie like Pare Ko someday. “Noon pa man ang dream project ko is to do another Pare Ko but this time [with] the youth of 2015. Ngayon gusto ko ring bihagin this whole digital generation,” he stated.
The director already has in mind who he wants to work with if the modern version of the movie will push through someday. Direk Joey said that he wants to work with Nash Aguas and Liza Soberano.
“[Si] Nash Aguas, ang galing galing ng batang ‘yan. ‘Yung ginawa ‘yung Bagito ‘yun lang siguro ang teleserye na nag-gym ako para mapanood ko habang nasa treadmill ako dahil ang galling, galing ng batang ‘yan. I think he should be given more opportunities, more chances. I think he is a very good actor,” he said.
The director added that he also wants to work with teen star Liza Soberano who he also deeply admires as an actress. “Si Liza I think she is the biggest star we have, akin lang naman ‘yun. I just love her.”
Celebrity