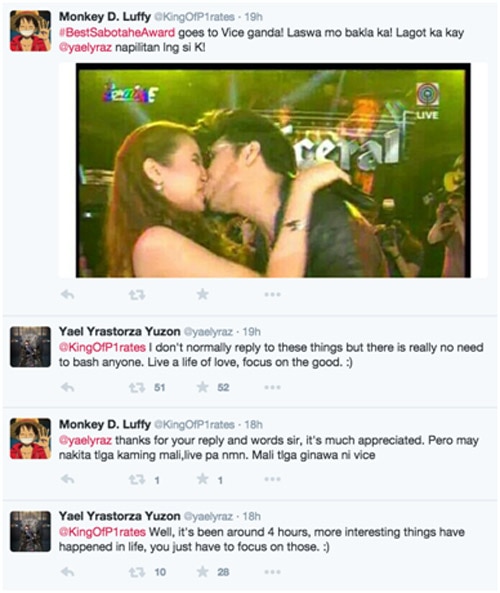 Yesterday, September 26, during the celebration of the sixth anniversary of the noontime show “It’s Showtime,” comedian Vice Ganda appeared on the stage dressed as his alter ego “Viceral” and kissed Karylle while performing Katy Perry’s “I Kissed a Girl.” This act made some netizens react negatively and say it’s not acceptable because Karylle is married to Spongecola vocalist Yael Yuzon.

On Yael’s Twitter account, he answered some of the netizens who were against the kiss and advised them to “focus on the good.” He also defended his wife from those who judged her because of the kiss. For Yael, the ViceRylle kiss wasn’t a big of a deal. Even replying to one comment, “I focus on the great things about life. Hence, joy & optimism. You’re the angry one.”