Kakai Bautista shares what happened to her and Mario Maurer

Kakai Bautista says it’s all in the past. 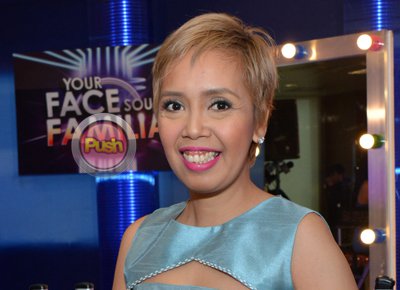 On Your Face Sounds Familiar, after Kakai Bautista’s impersonation of Scottish singer Sheena Easton with the song “Telephone,” she was asked if she’s having a “long distance love affair” with Thai actor Mario Maurer.

Kakai even looked at YFSF co-impersonator Michael Pangilinan, whom she calls “Vaves,” to assure him, “It’s over Vaves.”

The comedienne was linked to the Thai heartthrob when they did a movie “Suddenly It’s Magic” in 2012. Although Kakai played second lead, her and actor’s closeness was noticeable, as they were seen more often together that leading lady Erich Gonzales.

Kakai insisted then that she and Mario are only friends.
Celebrity