When will Vic Sotto and Pauleen Luna's wedding be? 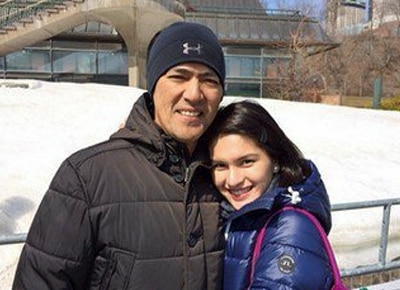 Vic Sotto confirmed that he is now engaged with Pauleen Luna. This is after the actress was spotted wearing a hard-to-ignore ring while hosting her noontime show.
The 61-year-old comedian revealed, "Yes we are.  Hindi ko naman pwede i-deny yun. But the details yun ang sa tamang panahon, kung ano man ang mangyayari in the future," he said in an interview at the Citiglobal event.
When asked as to why he chose to confirm the said engagement, he responded, "Hindi naman ako 'yung tipong magdedeny sabi ko naman sa inyo kung meron mang dapat aminin dapat inaamin," He said that he will soon share further details about the engagement. "The details to follow," he stated.
In general, Vic said that he is truly happy of how things are turning out in his life. "I'm always good and happy of the way things are turning out with Bulaga, with mga kasamahan ko sa trabaho. Everything is going great so I feel great."
Is the wedding going to be before the year ends? "Hindi ko pa masasabi yan so hindi pa dumadating 'yung tamang panahon."
Pauleen, in previous interviews, revealed she is ready to walk down the aisle should Vic propose. The 26-year-old actress also wished for a simple wedding. "We’re a very simple couple. I might say na hindi kami yung flashy, hindi talaga."
Celebrity