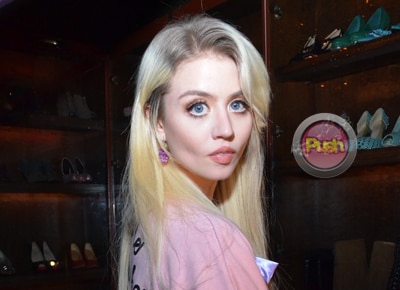 America's Next Top Model cycle 12 and 17 runner up Allison Harvard is thrilled to be back in the country just four months since she left.
The American model had stayed in the county for two years after starting a career here as a host for a local reality show and a fashion model, among others.
The 27-year-old celebrity, during an interview at the AsiaPop Comicon Manila 2015 press conference, shared that she somehow imagined coming back.
"I hope so. I love being here. It's been so much fun to like come back and take a small break. It honestly feels like a second home to me. I lived here for two years all by myself up until months ago. It's been amazing to be back honestly," she said.
However, since she returned to California, Allison said she's been busy with a lot of matters concerning both her personal life and her career.
"I just moved in with my boyfriend so we've been really busy doing stuff with that. And then I've been meeting with the people from Top Model recently. I've been trying to get back in production and television and I've started my own hand-painted clothing line too over there. Just keeping busy and doing a lot of really fun stuff," she related.
But Allison's return to the country was basically because she would be part of the upcoming first-ever comicon happening from September 17 to 20 at the World Trade Center.
“My participation is I'm on the panel of judges for The CAGE (Cosplay Authority Global Challenge) which is a super unique cosplay competition. So I cannot believe that I get to be a part of that because I cannot even tell you how much of a low-key hobby and interest of mine cosplaying, Halloween costumes and artistic direction," she said.
The actress-model will be joined on the panel of judges by international prop and costume maker Bill Doran, traveling artist and cosplay phenomenon VampyBit me, and Philippines's very own talents: cosplay photographer Jay Tablante and cosplayer Alodia Gosiengfiao.
To give a hint to the upcoming participants of the competition, Allison dished out what she would particularly be looking for in the cosplayers.
"What I am saying before is I love details. I love it when people really push an envelope. I love details. I think people really appreciate when you take the time and just the dedication to make sure that everything is perfect," she said.
She continued, "And since I am a details person, I really notice the care that people put into something. I mean, when you love something you really care about it and you want it to be the best that it can be."
What would be the advantage of the Filipinos in the said cosplay competition?
"I'm really just looking forward to seeing the kind of things that people produce. [But] I think the advantage is there's such a big market for fashion here and for creativity and for just the desire to make things as best as they can be. So I think with that advantage and that kind of drive, I can't wait to see it applied in a direction like cosplay," she explained.
Overall, Allison is just thrilled for the Filipino crowd who would be joining the tilt because "this is the first time that a comicon or cosplay competition of its kind at all in the Philippines."
"So, I think it's going to be such an [outpouring of] excitement and creativity because finally there's an outlet where people can really pour their specific love for something into," she ended.
Apart from the competition, the AsiaPop Comicon Manila enthusiasts can also expect the arrival of international stars like Hollywood's Paul Bettany, Chad Michael Murray, and Colton Haynes, among others. Other toys, comics and cosplay stars will also be present on the four-day event.
Celebrity