Where Were They: Celebs who did not make it to the 9th Star Magic Ball

Who were noticeably missing at the ball? 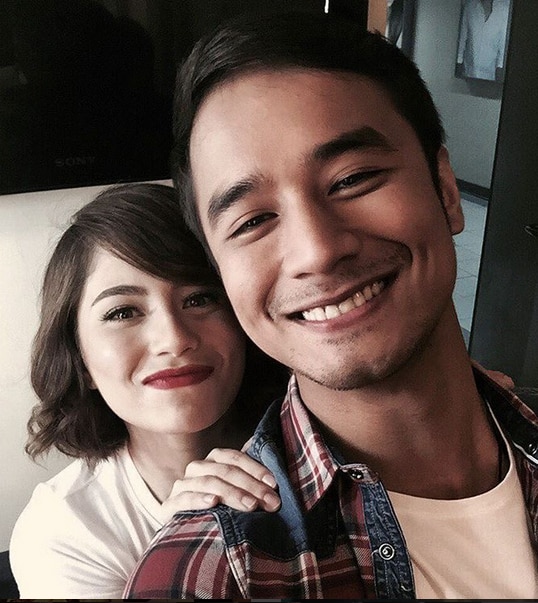 Hundreds of stars flocked to the Makati Shangrila Hotel last September 12 for the 9th Star Magic Ball. The media and the fans alike were totally in awe as the brightest stars in the biz graced the red carpet wearing the most fabulous attires. But some celebs noticeably did not make it to the grand ball.
Matteo Guidicelli
Actor Matteo did not make it to the event for the reason the he needed to fly back to Cebu to mourn for the death of his grandfather. This was confirmed by a photo posted by Dra. Vickie Belo on her Instagram account in which Matteo and his girlfriend Sarah Geronimo were spotted at the funeral. Vickie posted, “@justsarahg flew to #cebu to comfort @mateoguidicelli on the passing away of his beloved Lolo Nono. I know how much comfort this must have brought to Matteo because he’s super close to his lolo.”

Everyone was anticipating Jessy Mendiola and JM de Guzman’s arrival at the event because it was supposed to be their reunion on the ball’s red carpet after they got back together this year. JM noticeably uploaded some series of emotional posts on his Instagram account same day as the ball. One of the posts says, "We think to forget… We seek to connect, we risk to be felt but in the end we … We resist but don’t try, mistakes we regret.” Some fans reacted to the posts and were hoping that the couple is doing okay.  Meanwhile, Jessy was recently embroiled in an issue with co-Star Magic artist Enrique Gil after the latter had an altercation in a plane on their way to London.  Jessy is yet to release a statement after Enrique made a public apology. Richard Gomez
While his ka-love team Dawn Zulueta graced the ball, Richard did not make it to the grand gathering this year. On Richard's recent update on his Instagram, he was in Ormoc City handing donated goods to the community. "We thank the Taiwan Association in the Philippines for donating 2000 sacks of rice which we distributed to the marginalized brgys around Ormoc City," he posted on his IG account. Heart Evangelista did not also make it to the ball this year. Heart was one of the standouts last year on the red carpet with husband Chiz Escudero. Though she could not make it this year, Heart expressed her gratitude towards Star Magic for inviting her to the ball. “Although I can't make it tonight . thank you to my @starmagicphils family for always inviting us. enjoy the night. One of Star Magic’s all-time favorite belles, Kristine Hermosa unfortunately was not able to attend the ball last Saturday. The last time Kristine graced the ball was last 2013 with husband Oyo Boy Sotto. Vice Ganda  Fans were also anticipating that Vice Ganda would grace the red carpet of the 9th Star Magic Ball but the comedian did not make it to the grand event last Saturday. Vice was bonding with the Showtime gang (sans Billy Crawford and Coleen Garcia, who were both at the ball), until 3 in the morning.
With his great fashion sense and style, Vice could have been one of the scene stealers last Satuday.
.

It's 3AM and were all still solid then ever before! Di man kumpleto solid pa rin! #ShowtimeFamily