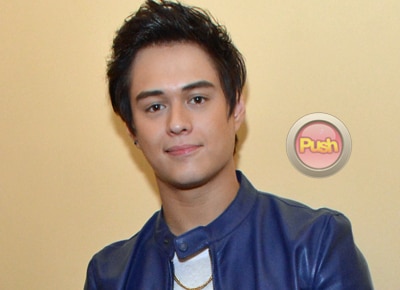 Enrique Gil finally broke his silence about the recent issue involving him in an altercation inside a plane en route to London for the ASAP show. In an interview with Enrique, the actor expressed his sincere apology to those he had “offended” in any way during the incident.

“I had some drinks sa plane more than I should be having so as a result things got out of hand and dahil po don I want to apologize to my brothers and sisters from Star Magic, I sincerely apologize to Jessy (Mendiola), to JM (de Guzman, Jessy’s boyfriend) if ever I offended them in any way, so I really am sorry. Tao lang nagkakamali, we all make mistakes but you own up to it, you learn from it and you move forward,” he said.

The actor also thanked the LizQuen fans for their undying support amid the recent issue concerning him. He also assured that he is on good terms with Liza Soberano. “Everybody knows me na hindi ako ganon. It's the first and last time that this will ever happen, so thank you so much po sa lahat ng mga fans namin, sa mga sumusuporta sa amin, for all the love and support. We love you and we just want to assure you that we're okay, we're fine and see you in the Star Magic Ball.”

Enrique remarked that he has truly learned a lot from what happened. “I just want to say sorry again sa lahat ng na-offend ko sa incident na ‘yun and that's it, I learned from it. I’m sorry po,” he stated.

Meanwhile, Luis Manzano’s manager June Rufino, also released a statement regarding the incident after the TV host was reportedly involved in the incident too.

"There was an altercation. But apologies were made and accepted. It was actually Enrique who apologized to the aggrieved party,” Ms. Rufino stated.

In separate interviews, Jake Cuenca and Paulo Avelino denied that they were the ones who handed the liquor to Enrique. "I had nothing to do with that," Paulo clarified.