Isabelle Daza will play a vampire in her upcoming movie 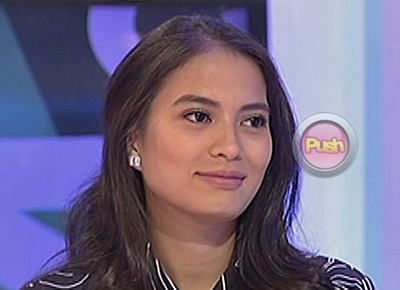 On Aquino and Abunda Tonight, Isabelle Daza saidshe has to play two sides when she’s doing the character of Martha in Nathaniel. “One side is in love with Paul (Geral Anderson’s character) and one is the scheming side. I have to portray that she’s torn.”

She said working with her co-actors Connie Reyes and Gerald is amazing because “they are people who take their craft seriously. Lagi silang nagre-rehearse. Throwing their lines.” Isabelle also said that a worthy lesson impressed to her by Nathaniel is “wala talagang nadadalang mabuti ang revenge.”

Isabelle will play a vampire in her upcoming movie Resureksiyon. She said it’s about an overseas Filipino worker who tragically dies abroad and she returns to the Philippines in a coffin. The genre, she said, “is horror with a bit of drama.”

The Nathaniel star also confirmed she donated a house to Gawad Kalinga as her way of giving back. She revealed her grandmother and mother donated the land to Gawad Kalinga and they were able to build 40 houses.
Celebrity