The On The Wing of Love star get international recognition. 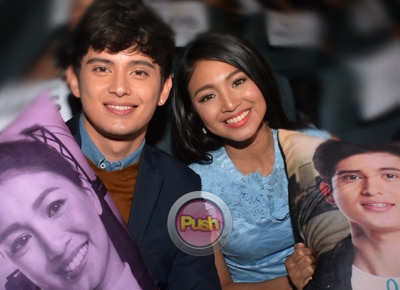 James Reid was happy to share on his Instagram that he was nominated in this year’s MTV Europe Music Awards under the category of Best Southeast Asia Act. Aside from James, artists from Asian countries like Malaysia, Thailand, Singapore and Vietnam were also nominated.

This is James’ first international recognition.
His on screen partner Nadine Lustre is also up for nomination with other Asian artists like Afgan of Indonesia, Akim & The Majistret of Malaysia, Gentle Bones of Singapore, and Thaitanium of Thailand. In able to vote, fans will just have to tweet the hashtag #MTVEMA and hashtag #Nominate alongside the artist’s name.
Voting is open until Monday, 14th of September at 5:59pm Singapore time.

The MTV EMA Awards 2015 will take place in Milan on October 25.
Celebrity