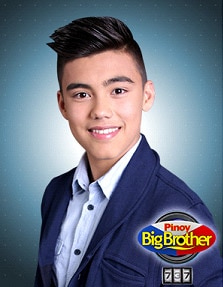 With the rise of social media, people get to showcase their talents to a wider audience, earning fans and giving birth to Internet sensations. Some of these “internet sensations” get discovered, opening more opportunities for them.
Here is a list of YouTube stars-turned-celebrities.
1. Mich Liggayu of JaMich
In 2011, Mich Liggayu started doing romantic short films online with her then boyfriend, Jam Sebastian. Together, they built JaMich TV on YouTube which garnered followers aplenty on social media sites. Unfortunately, Jam succumbed to lung cancer last March 4.
Currently, Mich continues to upload short films and video blogs on her own YouTube account. Earlier this year, she signed up a contract with Viva Records and starred on TV5’s Wattpad Presents.

2. Donnalyn Bartolome
Donnalyn Bartolome was dubbed as a Social Media Sweetheart because of her cute and funny video blogs on her YouTube account where she also shows her singing prowess.
Donnalyn will be doing movies with Viva Films this year. In 2013, she did a cameo role in the Viva Films and Star Cinema movie, Boy, Girl, Bakla, Tomboy starring Vice Ganda.
Signed under Viva Records, Donnalyn also entered the music industry and launched her album, Kakaibabe. She has appeared in several music videos in the past such as Jireh Lim’s Magkaibang Mundo and Ryan Bang’s Shopping.
3. Petra Mahalimuyak
Petra Mahalimuyak, or Ashley Rivera in real life, first became famous for uploading funny YouTube videos and speaking with a thick Filipino accent in English.
Eventually, Petra, who lived in the United States, moved on to making relatable videos such as those that feature different types of girlfriends and annoying Instagram selfies, among others.
Today, Petra hosts her own show on Viva TV. She also became a cover girl for men’s magazine, FHM in 2014.
4. Moymoy Palaboy
Famous for funnily lip syncing songs, brothers Moymoy and Roadfill have more than 400,000 YouTube subscribers and more than 170 million views on their own channel.
Under contract with GMA Artist Center, the brothers are usually seen in the programs of the Kapuso network.
5. Bailey May
Prior to auditioning and joining this season of Pinoy Big Brother 737, Bailey May already had videos of him singing contemporary songs on his YouTube account. According to the account’s description, Bailey suddenly became an Internet sensation when his father uploaded a video of him singing Sean Kingston’s “Beautiful Girls” on Facebook. This channel, which is said to be operated by a parent or a legal guardian, has 6,542 subscribers and 212,177 views as of this writing.
6. Ramon Bautista
Ramon Bautista first became popular when a video of him spoofing master magician David Blaine, calling himself Dan Michael, circulated online, several years ago.
Now, Ramon has been dubbed as the Internet Action Star for his entertaining advice on love, confidence and friendship. He is also being associated with the coined term, “pogi problems” on Facebook.

A professor and writer, Ramon hosts the Science of Stupid on National Geographic Channel Philippines, among other TV projects. His book, Bakit Hindi Ka Crush Nang Crush Mo, was adapted into a movie starring Kim Chiu and Xian Lim in 2013.
7. Jobert Austria
More popularly known as “Kuya Jobert,” Jobert Austria’s online videos earned a huge following with 27,700 subscribers on YouTube and more than 20 million views when it joined in 2008.
Currently, Kuya Jobert is part of the gag show, Banana Split and Saturday sitcom, Home Sweetie Home on the Kapamilya network.
Celebrity