Xian Lim explains how he got cast in an international music video. 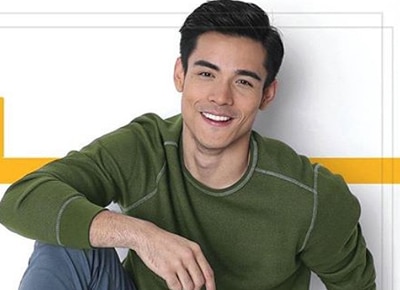 Even with his busy schedule, Xian Lim still managed to do an international music video with American singer Zana. He appeared in the video for Zana’s song “Deeper.” In an exclusive interview with Push.com.ph, he shared how he got in the music video.
“I didn’t get to audition, they were looking for talents and I guess they contacted Star Magic and they looked at my—tawagin na nating—resume so nakita nila ‘yung mga ginagawa ko and I’m very interested and I agreed to the project and you know, it so happened na we also had a show sa L.A. that time so nasabay na rin during our tour, during our concert ng Bida Boys, sumegue na rin ako papunta sa Los Angeles kung saan ginawa ‘yung buong music video,” he said.
This is Xian’s first appearance in an international music video and he said that it is quite different from doing music videos here in the country.
“My experience was I didn’t know what to expect e, I’m used to our way of working ‘di ba parang pupunta tayo sa isang lugar tapos magshu-shoot tayo, parang dito kasi sa Pilipinas more of ano talaga, Filipino time tayo I mean when I got there it was very on time pagka-land ko palang ‘O tara let’s go to the location’ so everything was basically laid out, wardrobe, it’s all the same, ‘yung system nila it’s the same with us at the same time nga I was a bit scared kasi I didn’t know what to expect kasi it was my first time shooting abroad.”
When asked if he has plans on venturing into Hollywood, he answered, “I think lahat naman ng artista that’s one of their main goals, and ‘di ba sabi nga nila dream big so why not? That would be a huge accomplishment para sa ’kin.”
Celebrity