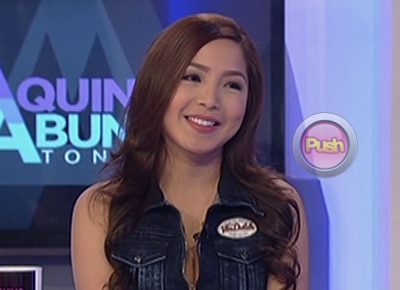 On Aquino and Abunda Tonight, Bombshell Baker ng Paranaque Dawn Chang revealed that two mothers raised her. Her biological mom is a lesbian and she was adopted at birth by her mom’s ex-girlfriend. Dawn said it wasn’t an easy life she had being raised by two moms. “Malayo sa pagiging perpekto but we managed.”
Dawn found her biological father when she Googled his name. She said 50 men with the same name came out as result and she eliminated them by age. After 15 minutes, Dawn said, her father (who is based in Melbourne) responded. They had a DNA test and the result came out 99.9 percent.
Dawn also has a partner and he is a policeman. Dawn said that he is very supportive of her. They've been together for two years. Asked what keeps their relationship healthy, Dawn said “trust and communication.”
Dawn said she never gives up easily and she expects to discover more of her talents inside Kuya’s house.
Celebrity