Albie Casino on his past with Andi Eigenmann: Time to move on

The actor also admits his struggle with ADHD. 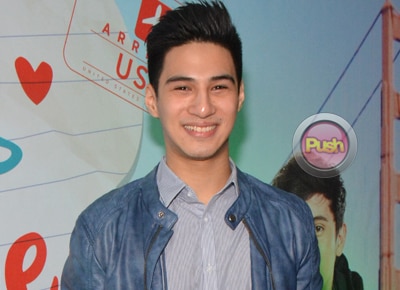 Albie is now back in the Kapamilya network after leaving four years ago. He will be a part of the upcoming series “On the Wings of Love” which stars James Reid and Nadine Lustre. “It's been a long time since people have really seen me. I'm more equipped to handle everything that comes, like intrigues. I'm just a more mature person now,” he said.
Albie also revealed that he has an Attention Deficit Hyperactivity Disorder (ADHD) that’s why he tends to think a lot. “I don't like being put on the spot. That's why I don't like press conferences and stuff. It's very hard for me. I have hard time answering. I have ADHD also, so natataranta talaga ako,” he added.
He’s also aware that his public image is not good and added, “Now I'm older, I understand na there's nothing I can do that will change people's perception of me until they actually meet me. So why stress about it? Mas lalo lang akong mai-stress, mas lalo lang akong may napag-iisipan. Ang dami ko na ngang iniisip palagi dahil sa ADHD, so sinabi ko let's just stop trying to please everyone and just be a good person na lang. Eventually I'm sure that now I'm visible again makikita ng people na I'm not really a bad guy.”
In another interview, the actor said he has also moved on from his past, particularly his relationship with actress Andi Eigenmann and the rumor about him that he’s the father of Andi’s daughter Belle.
“Now I can close that book on my life. It's over. Time to move on. To be honest, I don't like to talk about it but I'm not scared to talk about it or anything. I just rather not because it's in the past. It's just bad memories, it's a bad experience, I don't really want to think about it anymore,” he said.
As for the rumored paternity test he took, Albie commented, "Unless it's my own first-hand knowledge, ayaw ko siyang pag-usapan at wala namang nagsabi sa akin na nangyari 'yon. Like no one is contacting me, telling me all of this. I learned all of this from you guys. I don't want to make assumptions based on things that are said.”
He then shared that he’s more excited than nervous over his new project with James and Nadine.
On The Wings of Love will air after Pangako Sa Yo beginning this Monday, Aug 10.
Celebrity