Coco Martin maintains that the best thing that he could probably give Julia Montes is his wisdom. 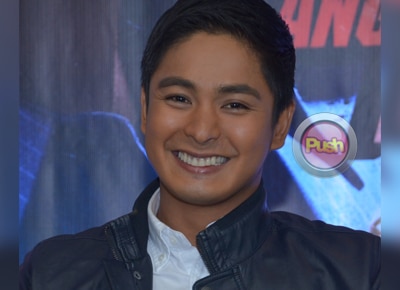 In usual Coco Martin fashion, the Prince of Philippine Independent Films humbly belied rumors that he gave his rumored girlfriend Julia Montes a house.
This rumor came right on the heels of Julia’s admission on Kris TV that she’s now neighbors with the Ang Probinsyano actor after buying a home in the same village where he bought his. The Doble Kara star also revealed in the same interview that Coco was the one who helped her find a house.
On top of this, Julia also recently admitted that Coco was among the people who inspired her to buy another house.
Coco, in a Bandila report on Friday, addressed the rumors and said, “Nahihiya ako para sa kanya dahil may lumalabas na ganong issue.”
He quickly added, “Siguro kung may ibibigay man ako hindi bahay siguro wisdom.”
Coco gave a glimpse of his sprawling mansion in Fairview in a Kris TV episode.
Meanwhile, with his latest soap set to air soon, Coco admitted that he’s confident that he will be able to see it through.
“Para sa akin basta ang gagawin ko lang po ay kung ano ang pinakatama at kung ano ang best ko. Sa guidance po ng mga katrabaho ko alam ko naman na magagawa ko ng maganda ‘yun,” he said.
Coco’s upcoming soap has been receiving much attention lately even if it’s yet to make a debut on TV due to speculations that there’s a political agenda behind it.
The original Ang Probinsyano’s daughter Senator Grace Poe-Llamanzares is being encouraged to run for presidency in the upcoming national elections. While the lawmaker has yet to make a decision about it, several quarters are seemingly questioning the timing of Coco’s soap.
“Bago pa naming umpisahan ito, ‘yun po ang klinaro naming lahat. Sabi ko nagkataon lang talaga na ngayong taon ko gagawin and then by next year magkakaroon ng election,” he said.
Celebrity