Managing money is not easy, especially with a lot of temptations around – from payday sales in malls to splurges for the must-see and must-haves of the season. A bright and secured future may seem hard to attain, but with self-discipline and enough knowledge on financial management, being money-wise is achievable at a young age-whether earnings are big or small. Other than the basic tip, "save for the rainy days," here are seven money-wise tips from millennial Kapamilya stars that anyone can try.
In a KrisTV interview, Karla Estrada shared that Daniel’s earnings go to his mandatory savings account.
A mandatory savings account will develop the habit of saving more than spending money, especially among young people. Kim takes Daniel’s advice up a notch by saving half of her earnings. In a Philippine Star article, she revealed that she saves a big chunk from her earnings because she wants to secure her future. At her young age, Julia is already learning the basics of investing from her mom, Marjorie Barretto. She shared in an online entertainment site that her mother is slowly teaching her on properly investing money. Julia also says that she dreams to establish her own business someday, which she says can be a clothing line or a restaurant franchise.
The chinito heartthrob is a calculated risk taker. Enchong says that he once tried his luck in the stock market twice, but notes that after he earned, he pulled back his money since he is very careful with losing his hard earned cash, according to a news article. 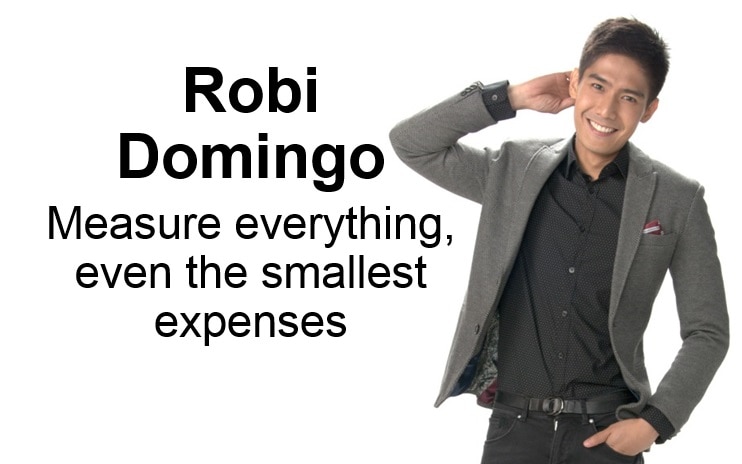 “The Voice Kids” host Robi also shares the same view with Enchong in investing in stocks, but says in ANC’s “On The Money” that before thinking about growing your money, it is best to know how to manage it first. Robi reveals that he is meticulous with his expenses and keeps an excel file to take note of his expenditures so at the end of the day, he knows the numbers. Cinema One’s leading man for “Single/Single” and triathlete, Matteo Guidicelli comes from a family of entrepreneurs. In the Philippine Star, Matteo says that he asks advice from his parents on how to save and invest properly so that his money doesn’t go to waste. He is also thinking of starting his own business soon. Matteo’s leading lady for “Single/Single,” Shaina Magdayao is a role model in managing finances wisely. At 25 years old, she already owns several businesses. Recently, Shaina launched an educational after school program called Engineering for Kids with fellow business partners. She shares with ABS-CBNnews.com that kids have a soft spot in her heart that is why she made a wise investment in an educational program that makes learning fun for kids. “Single/Single,” Cinema One’s breakthrough TV series that revolves around millennial issues and proper wealth management premieres on August 29 (Saturday) at 8PM. It will air every Saturday at 8PM with replays every Sunday at 10PM and Wednesday at 830PM. The show is the first project of Cinema One and The Philippine Star.
Watch the trailer here (from ABSCBNPR Youtube):
Celebrity