Coleen Garcia shares details about her most daring scenes in the sexy film ‘Ex With Benefits.’ 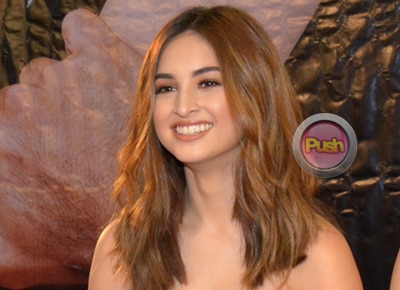 As part of Star Cinema's sexy romance Ex With Benefits, Coleen Garcia admitted she was surprised by the backlash the movie's initial trailer received from the med rep community. In the film, Coleen plays a med rep named Arkisha who must gain approval from a doctor named Adam (played by Derek Ramsay) whom she had a romance with a decade ago. “I'm the one who plays the med rep so ako yung mga mine-memorize ko pa ang na lines sobrang hirap na, paano pa kaya sila yung mga inaaral nila? So it's really a hard profession and I have respect for med reps. I understand why they got offended but yung sa akin lang I just hope that they give the movie a chance and I hope that they help us prove to them that it's not about that. The focus of the movie is really not about the relationship between a doctor and a med rep. It's about two exes who have found each other again after ten years, kung anong mangyayari sa story nila. It's about the history that they had which they had long before they became a doctor and a med rep. Nagkataon na yun yung profession nila,” she explained during the Ex With Benefits grand presscon held last August 22 inside ABS-CBN.
The 23-year-old actress also shared how she felt about the many daring scenes she and Derek had in the film. “It's scary in a way. I'm very, very nervous but at the same time I'm excited. I think the strongest emotion is still the excitement. I'm really looking forward to it pero kabado pa rin, hindi talaga mawawala yun. I think na mawawala lang yun after the premiere night. I didn't go topless pero kita yung buong likod ko pero wala namang kita sa mga private parts ko,” she shared.
Even though she admitted that her boyfriend Billy Crawford initially got jealous when he first heard about the project, Coleen said he understands it is just work. “Before I even accepted the role sinabi ko na, hindi sa pagpapaalam pero sinabi ko that I'm going to be doing this and everything. He's been very understanding. Yung pa-cute na seloso lang, hindi yung nakakatakot (laughs). As far as preparation goes for those scenes, actually parang pinag-usapan naming tatlo ni direk Gino (Santos) and ni Derek, we we're very collaborative with everything. I really appreciated that na tinatanong kami kung anong gagawin. It helped us in a way kasi we got to work around what we were comfortable with. We talked about it so much na kailangan one take talaga. Kailangan todo bigay na talaga para hindi na kami aabot sa take two and true enough hindi kami umaabot sa take two sa mga scenes na yun. I guess the key is to prepare less but to discuss about it more,” she explained.
Coleen said that because of Billy's friendship with Derek, there have been no problems with her doing many intimate scenes. “Grabe he posts pictures without me even asking, gusto niya pumunta sa premiere night. It's like more than I could even ask for.  It's hard kasi siyempre doing a project like this is hard enough as it is and alam niya yun dahil nasa showbiz din siya so it helps. And it helps also that he's a lot older than I am (laughs). He's been through a lot also kasi. So alam niya na kailangan ko gawin yun. He's been understanding. He's so supportive. Siyempre nung una parang nagseselos siya, not in a way na inaaway ako or anything pero yung typical na kahit naman siguro ako sobrang magseselos ako. Pero at the end of the day he's just been very, very supportive and that's all that matters. Habang tumatagal I reassured him. Kasi ganun naman yung relationship eh, kailangan niyo talaga mag-usap, kailangan open communication. Kumbaga lahat ng nangyari sa pelikula kinuwento ko sa kanya in full detail kasi siya yung nagtanong eh. He said, 'All emotions aside, tell me exactly para alam ko na lahat.' kaya sinabi ko na lahat sa kanya and he didn't get mad at me. I'm happy din naman yung boyfriend ko yung tipong walang pakialam di ba? Actually when he learned I was doing this movie with Derek dun siya naging kampante because he knows that Derek will take care of me,” she said.
Celebrity