EXCLUSIVE: Matteo Guidicelli shares his secret to a strong and happy relationship with Sarah Geronimo. 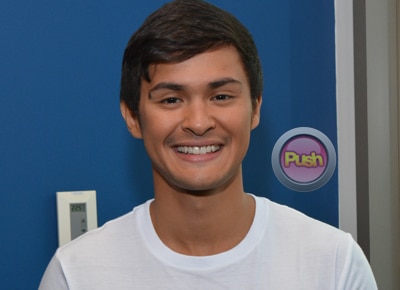 Matteo Guidicelli is set to work with Shaina Magdayao in a new soap Single/Single. The actor shared that the story is about a man and a woman who by chance get to live in one place.
"Ang role ko dito he comes from a rich family. The mom wants her son to be independent so Joey gets out of his house and lives in the condo and he meets Joee (Shaina’s character) and I guess their characters are clashing, the things they like are different, their personalities are different," he stated.
Matteo shared that he said yes immediately when the project was offered to him. "I said ‘yes’ right away for the show, but I didn't know that it was Shaina yet," he said.
The actor admitted that he was nervous the first time he got to work with Shaina. "When I knew it was Shaina, I was even more [nervous since it’s our] first time to work together. Everything turned out very well," he said.
Everything is going well now for Matteo when it comes to his career. But withhis busy schedule, how does he keep his relationship with Sarah Geronimo strong?
"Just constant communication, I think that is the most important thing in a relationship then trust and honest communication, 'yun lang naman," he stated.
Celebrity