Kris Aquino reveals plans to migrate to the US

Kris shares why she wants to live in the US with her sons. 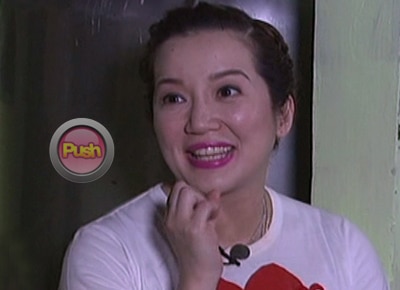 Kris Aquino has stated in her episode of Kris TV today that she has plans on migrating to the US for a year.
Kris’ guest co-host Karla Estrada was surprised with her decision and said she’ll surely miss the Philippines.
Kris explained that she wants her son Bimby to try living in the United States to help him become an independent person. The Queen of All Media also stayed and studied in the States and this made her become a well-rounded individual.
Kris also shared that while living in the US, she learned how to do laundry on her own and do things for herself without any assistance before coming back to the Philippines.
She said she wants Bimby to try going to school by riding a school bus and cross the street by himself, like other people do.
Karla is doubtful Kris will survive a year abroad but the host defended herself, saying she was able to survive that when she studied abroad and those were the happiest years of her life.
WATCH FULL VIDEO HERE!
Celebrity